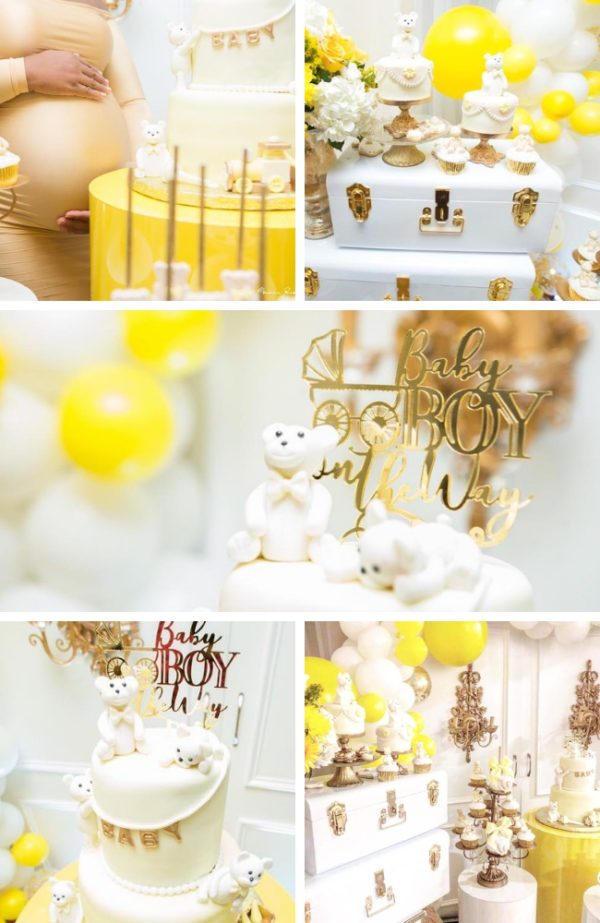 The dessert table was fabulous! A large two-tier cake was decorated with white teddy bears all over. The bottom of the cake featured an intricately frosted train. A shiny gold topper read “Baby Boy on the way.” A side table held elegantly decorated cupcakes complete with yellow bows. Two smaller cakes were placed on white suitcases, which gave the party a bit a vintage feel.

The background of the dessert table was beautifully decorated! Yellow and white balloons in various sizes created an archway around the dessert area. On the wall were a couple or ornate gold sconces. The white suite case also held an eye-catching floral arrangement filled with yellow and white flowers. Stuffed teddy bears and a picture of an ultra sound also decorated the table. 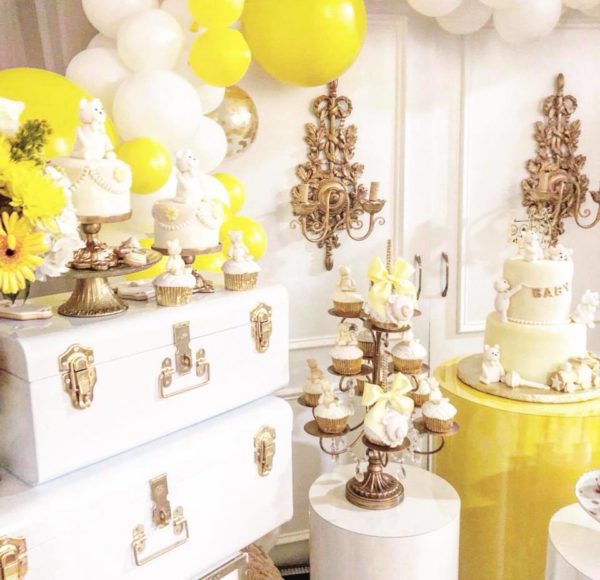 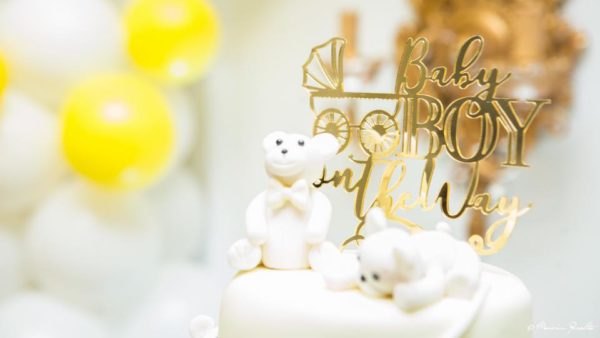 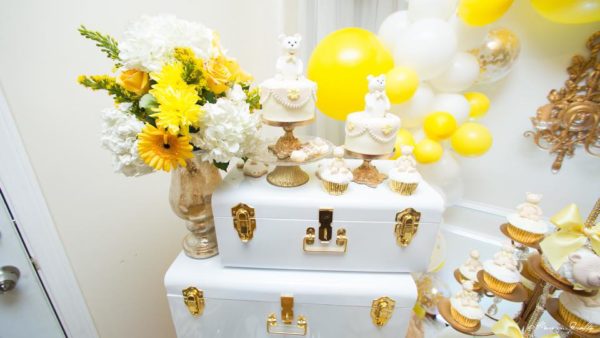 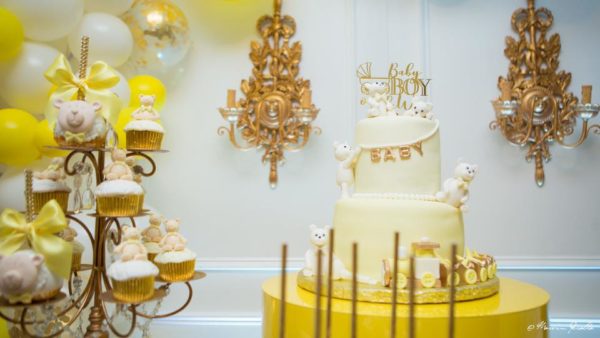 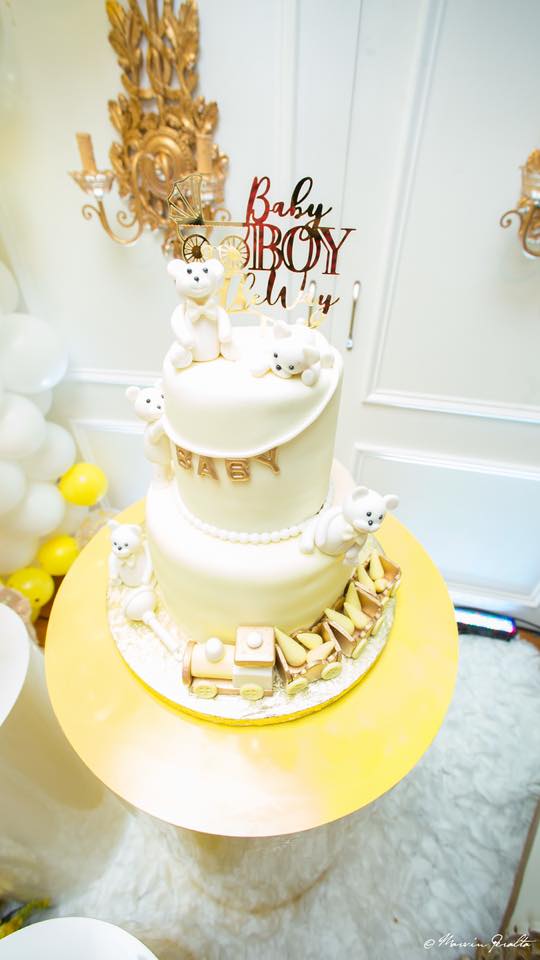 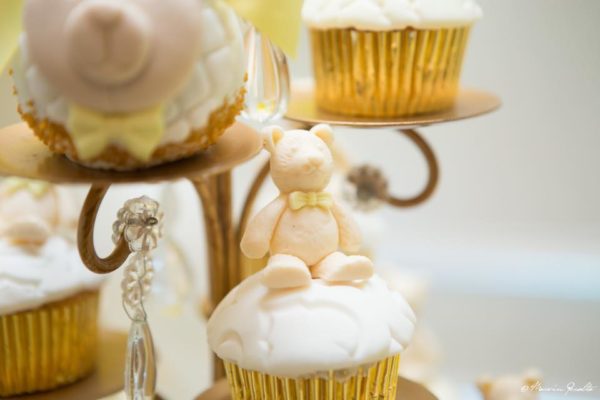