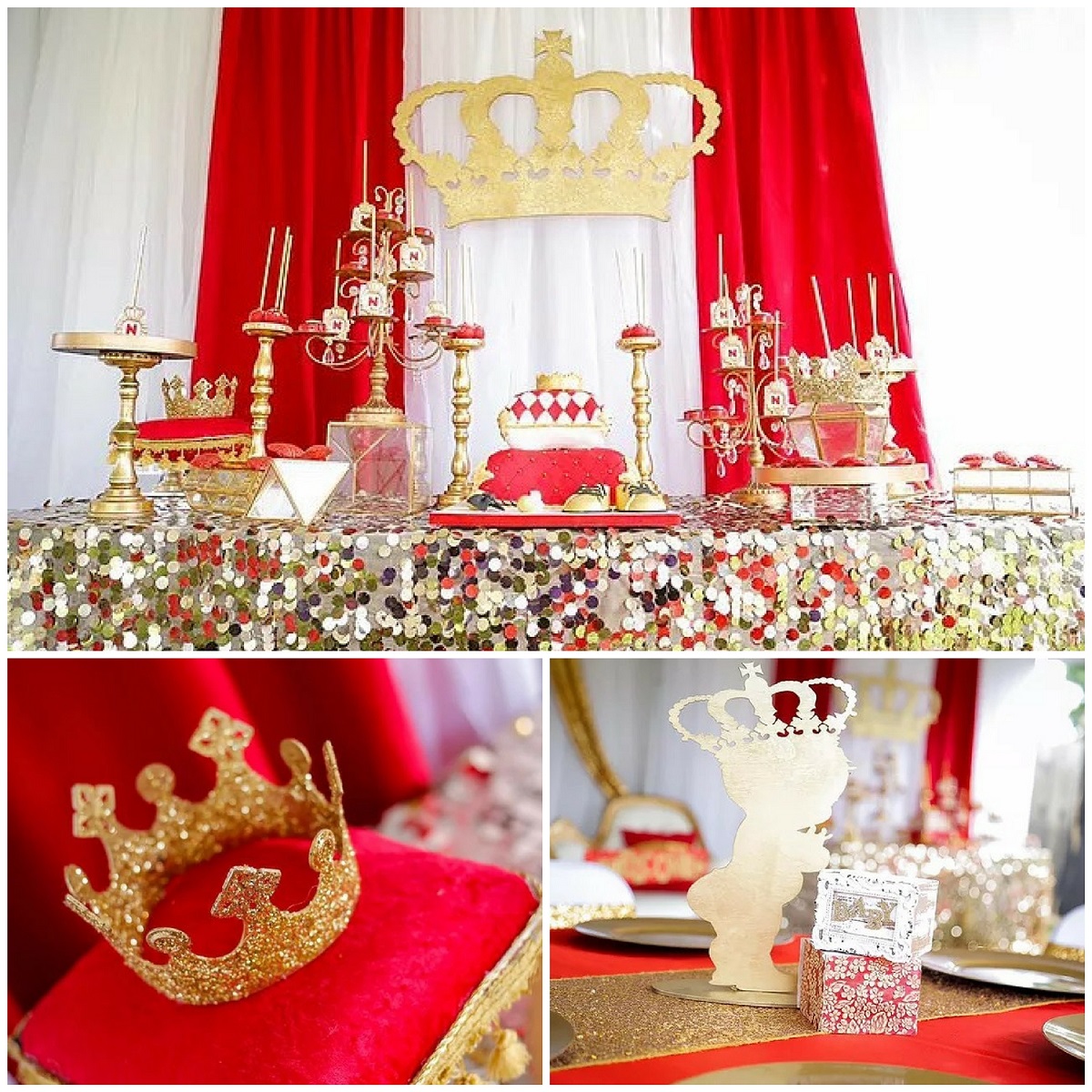 Little Seaters Party Rentals left no detail out of this lovely Royal Affair Baby Shower. The brilliant theme colors of red, gold and white made the venue really pop.

The dessert station at this party was stunning with a back drop of white and red curtains that hung gracefully to the floor.  Across the center of the curtains a massive golden crown hung, advertising the theme perfectly.

With a cover in brilliant colorful dots, this table attracted the eye with ease. It was smoothly decorated with food and royal touches that were certain to impress the guests. The trays used to hold the goodies were gold, giving a royal effect.

Candelabras were innovatively used to hold tasty rice krispy treats that were enhanced with swirly sticks so guests could keep their hands clean while they munched. The stands were placed near the back of the table, making them easy to see. They even had dangling jewels to add to the royal vibe. Candlesticks on each side held yummy cakepops that were frosted in red so they matched the theme beautifully. There were candy coated pretzels to enjoy as well. For a centerpiece, this table featured a delightful layered cake that was shaped like pillows and topped with a small crown. It was set on a tray with adorable dessert shoes and a rattle too.

For decoration, a large golden crown was placed on a fantastic red pillow, it was set at the back of the table, looking absolutely luxurious. At the front of the table a crown was placed on a round tray of goodies. Little boxes were crafted with “Baby,” written on them. The place settings had golden chargers for the plates to sit on. Red tablecovers with shimmering gold runners added to the royal look of this party room. 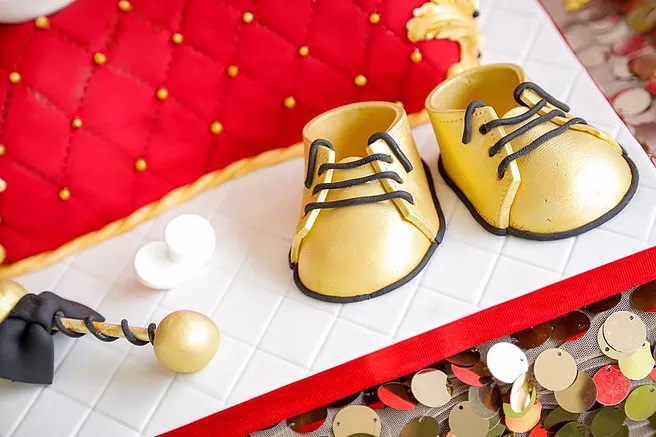 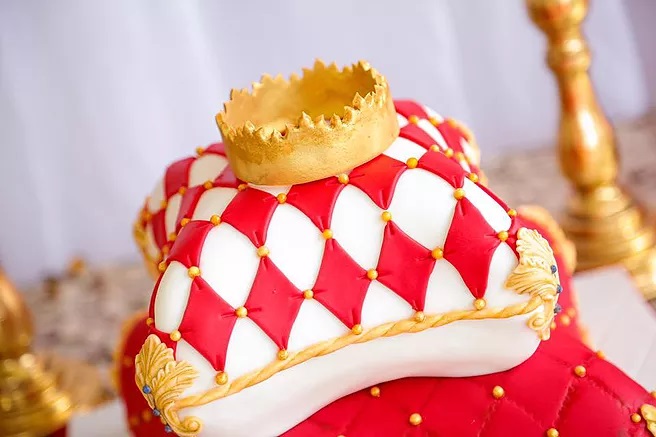 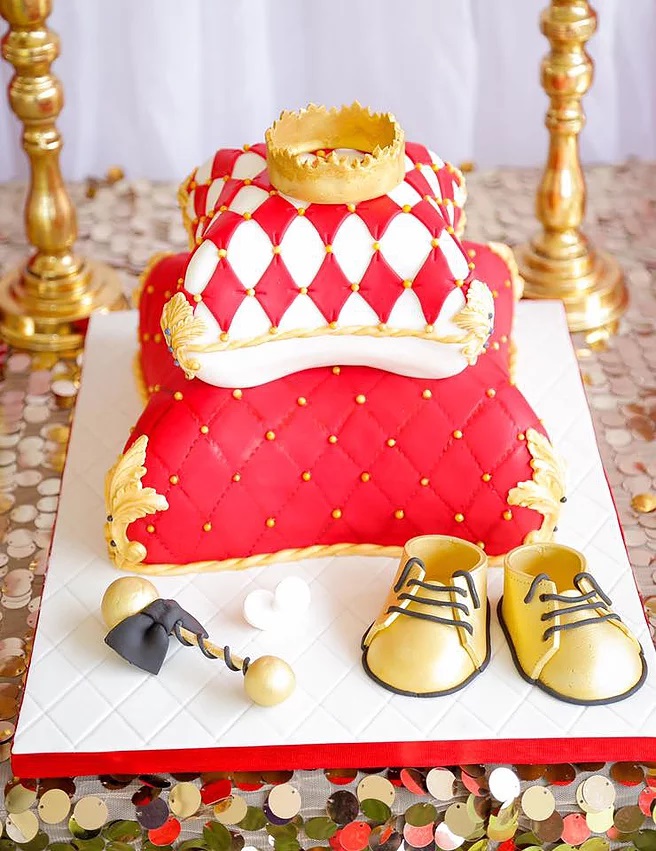 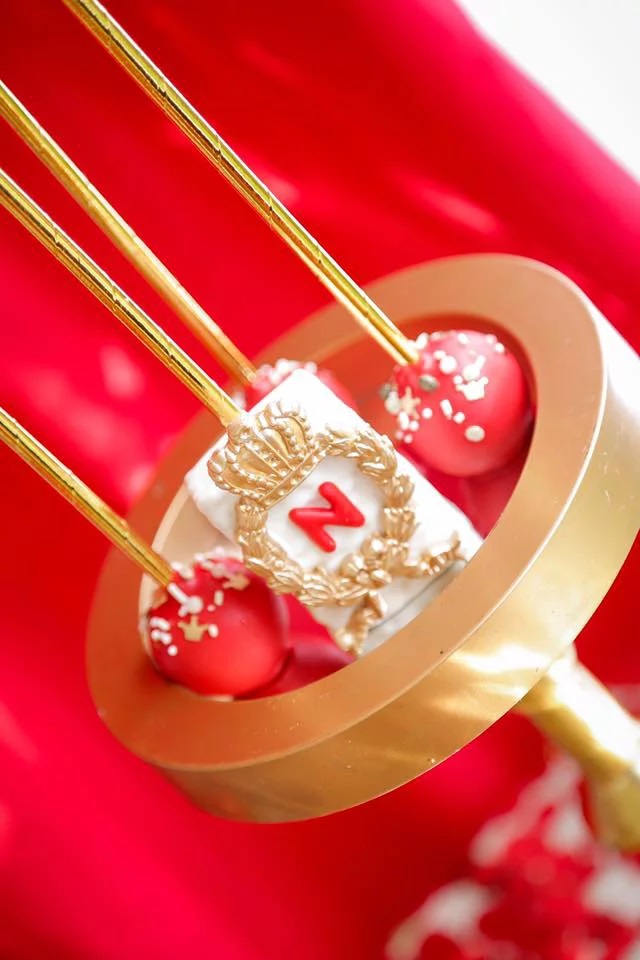 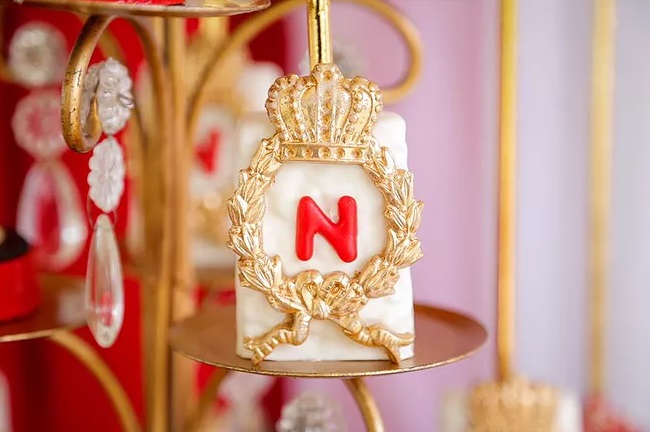 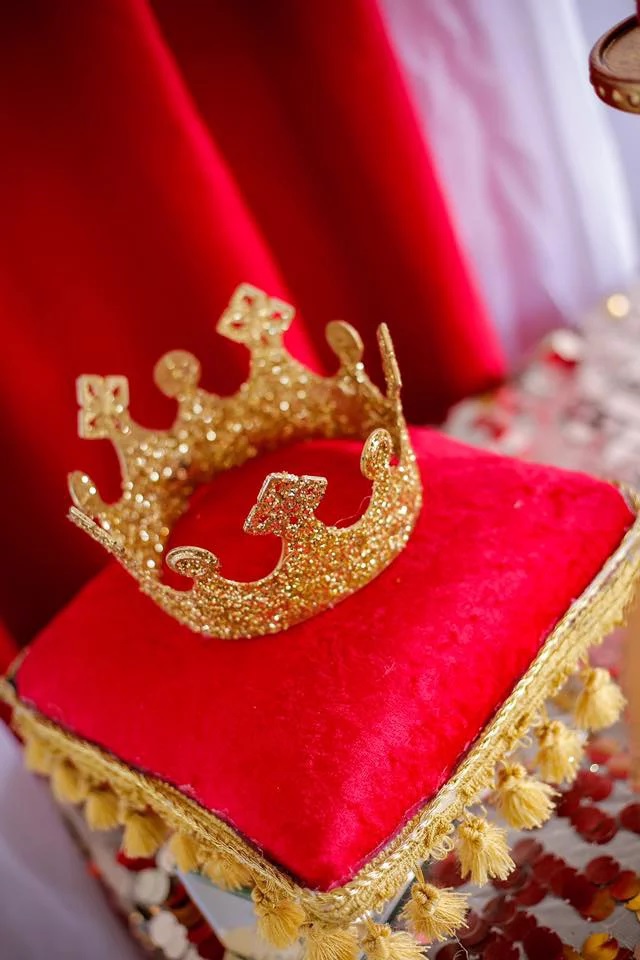 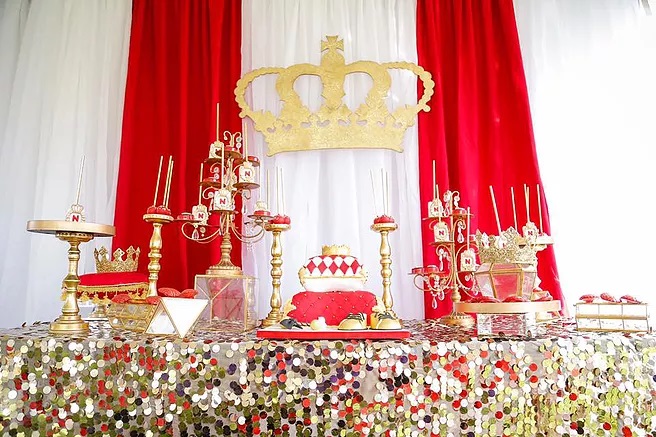 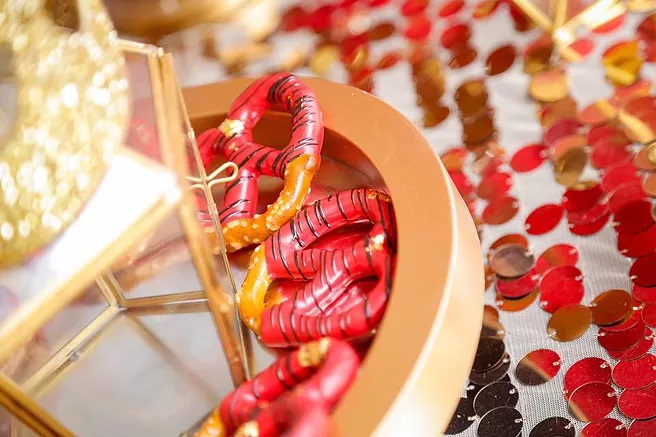 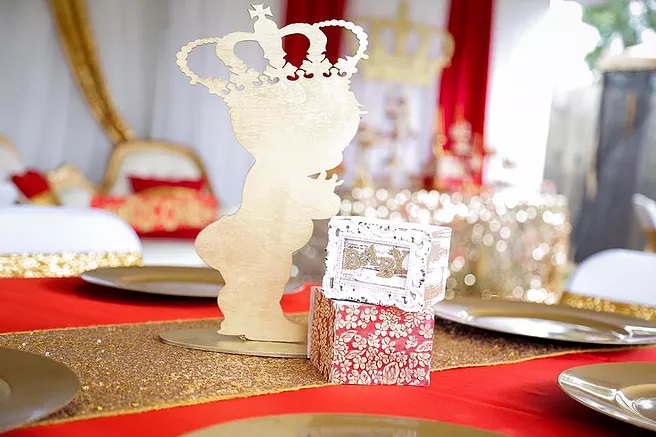 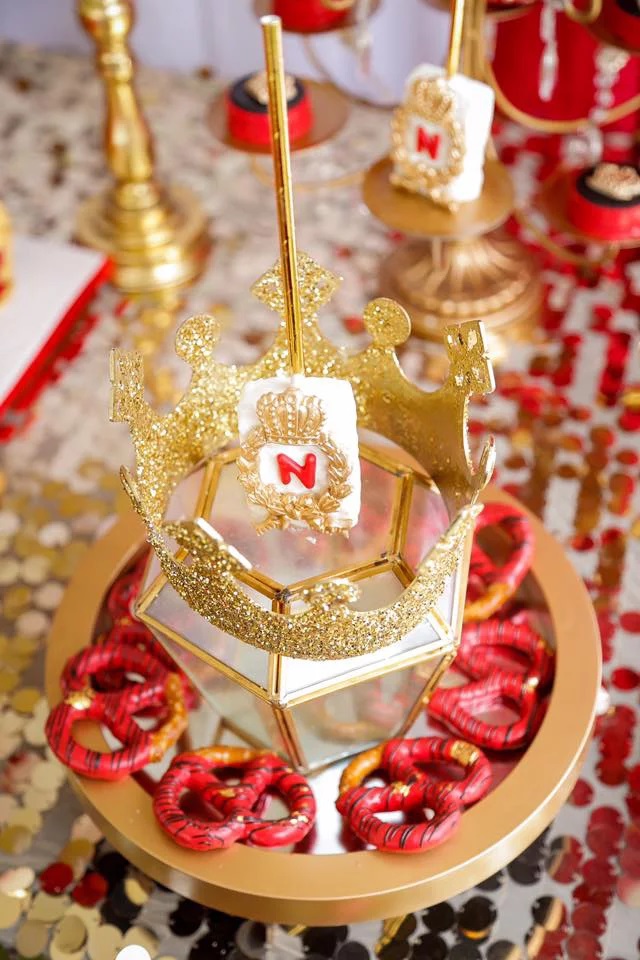 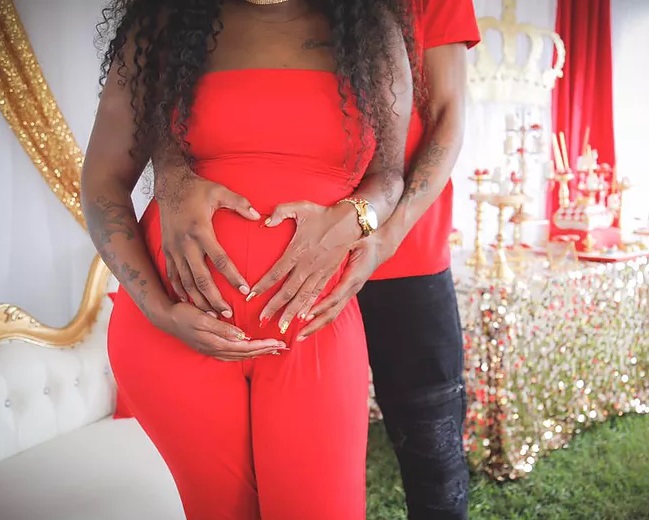 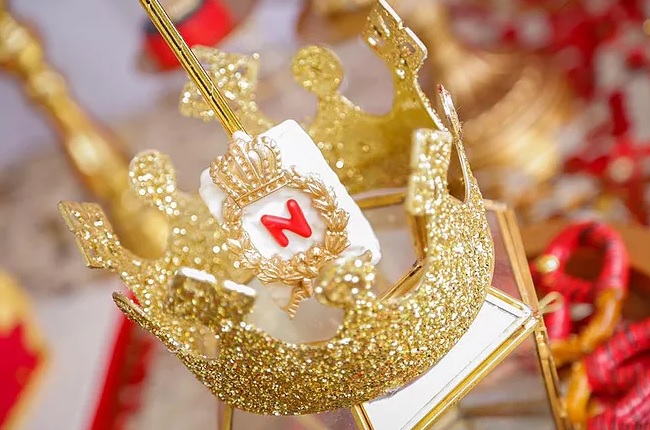