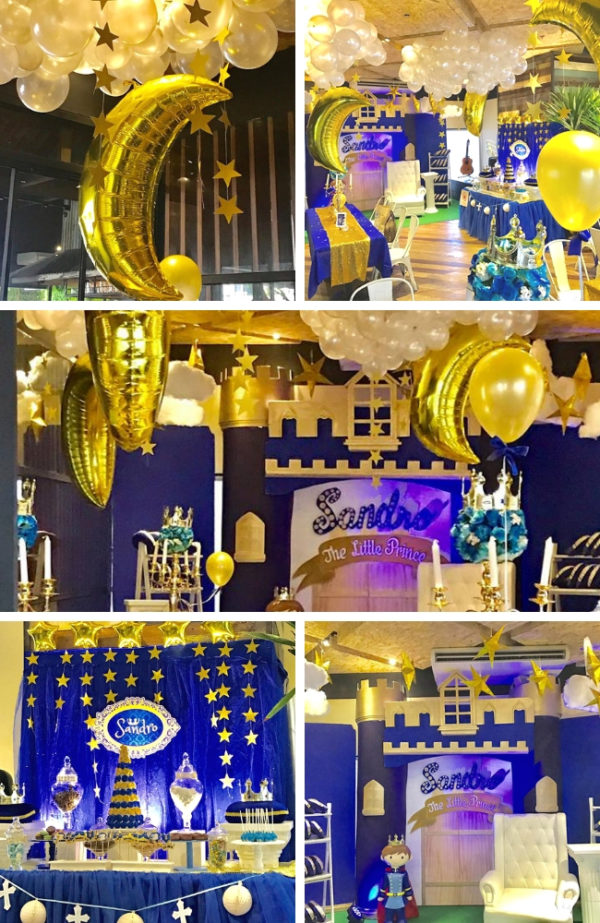 This Moon and Stars Little Prince Christening was planned by EVENTee Party. The party was full of beautiful royal blues and golds.

The dessert table was beautiful! The center of the table featured a blue and yellow striped cake in the shape of a cone. On either side of the cake were two clear class jars filled with candy. Guests could also choose from pretty cake pops or macaroons.

The background of the dessert table took the center stage. A royal blue curtain served as the base for the background. In front of the curtain were lines of gold stars. Gold balloons were placed along the top of the curtain. A beautiful sign with the name of the baby being celebrated was highlighted by lights.

The guests tables were decorated to match the theme. Each table was covered with a royal blue tablecloth. Sparkling gold table runners were set on top of the cloths. Gold candle sconces served as royal centerpieces for the guests tables.

The ceiling was extravagant. Ballons in all different shapes and sizes filled the room. Gold star and moon balloons tied right into the theme. Cardboard stars also elegantly hund from the ceiling. 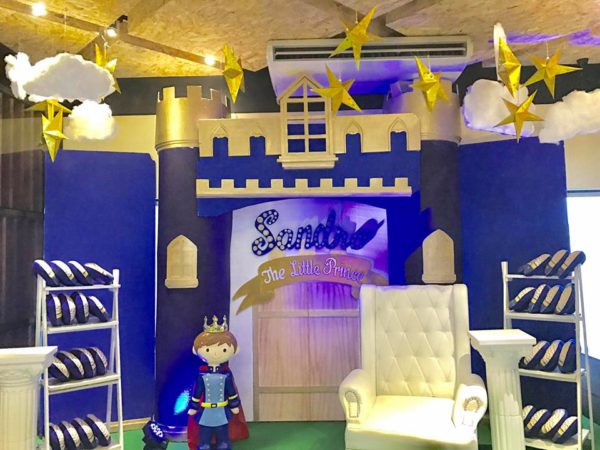 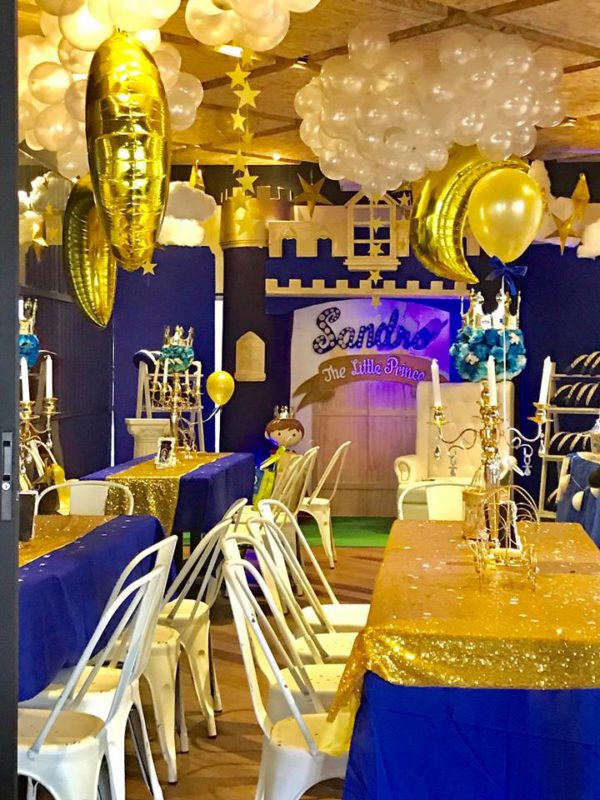 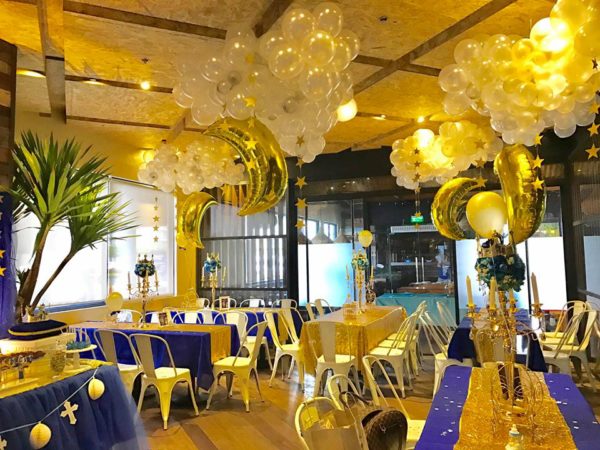 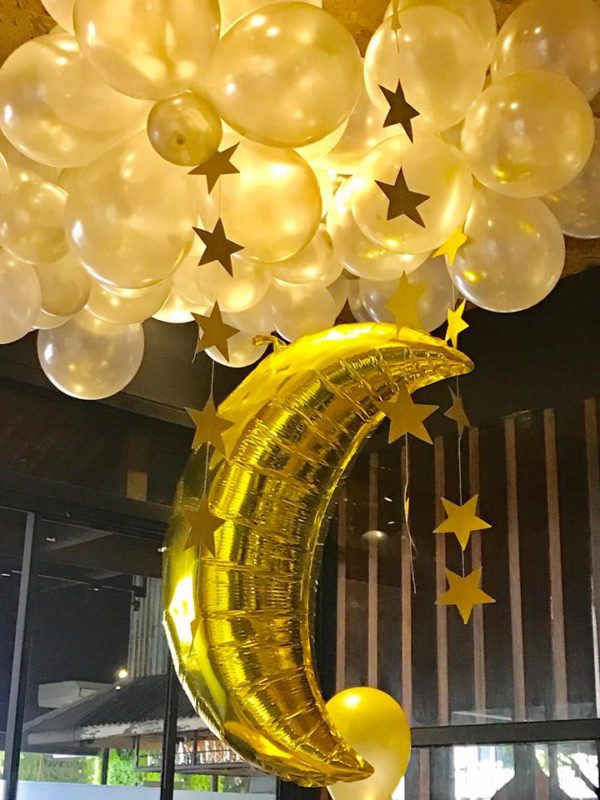 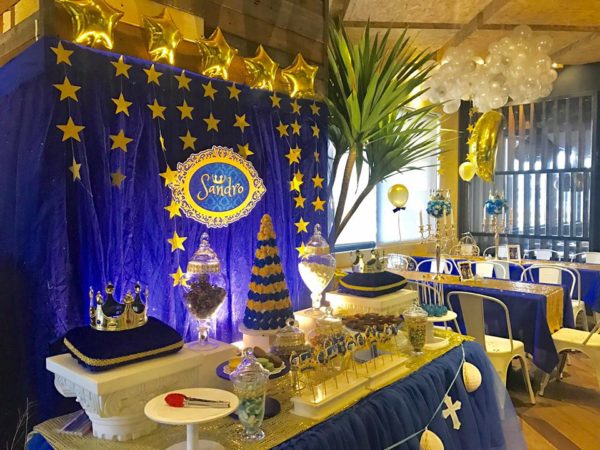 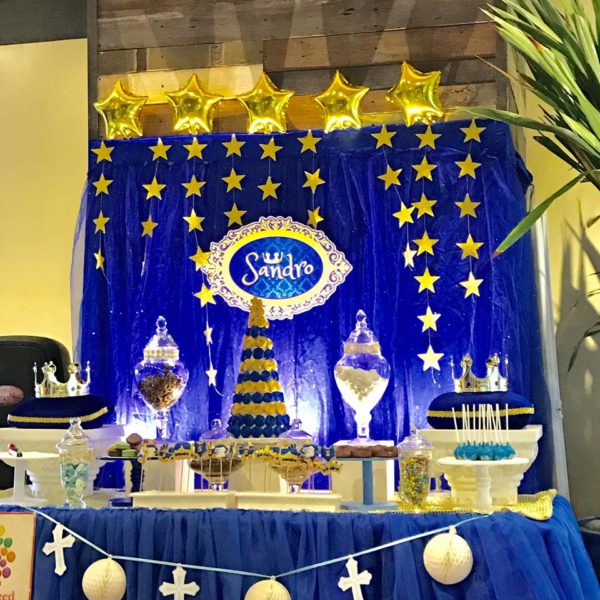