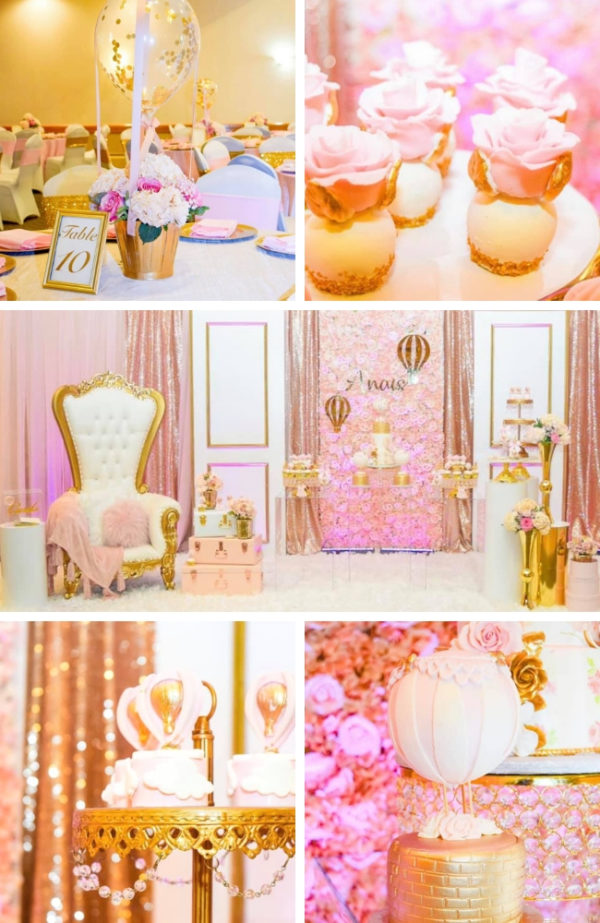 This exquisite hot air balloon themed baby shower was planned by Aura Decorations. Blush pink and gold made the party look like a special royal event.

The dessert table was beautiful! The table itself was clear, which made the delicious treats almost appear to be floating. The center of the table featured an impressive cake on a gold pedestal with dangling crystals. The bottom of the cake featured beautiful frosted flowers and the top was made to look like realistic hot air balloon. Two smaller cakes on either side of the large cake were also made to look like hot air balloons. Blush colored suitcases were stacked to hold other delicious treats such as cupcakes and cookies.

The background of the dessert table was also beautiful. Behind the cake appeared to be hundreds of blush colored roses. Surrounding the rose background were two sparkling curtains. A large white chair with gold embellishments was a great place to rest or take photos.

Each guest table included a pretty pink flower arrangement that was topped with a decorative gold balloon to look like a hot air balloon. 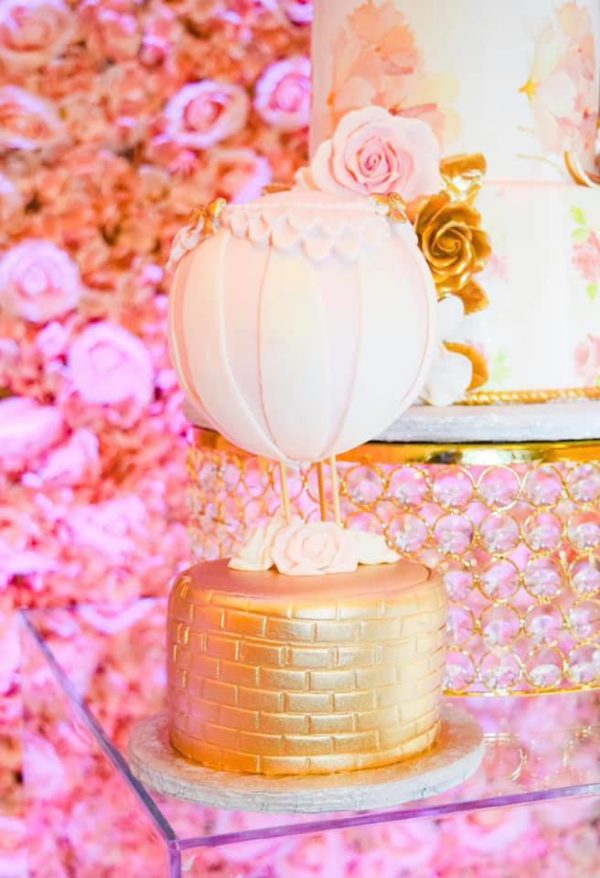 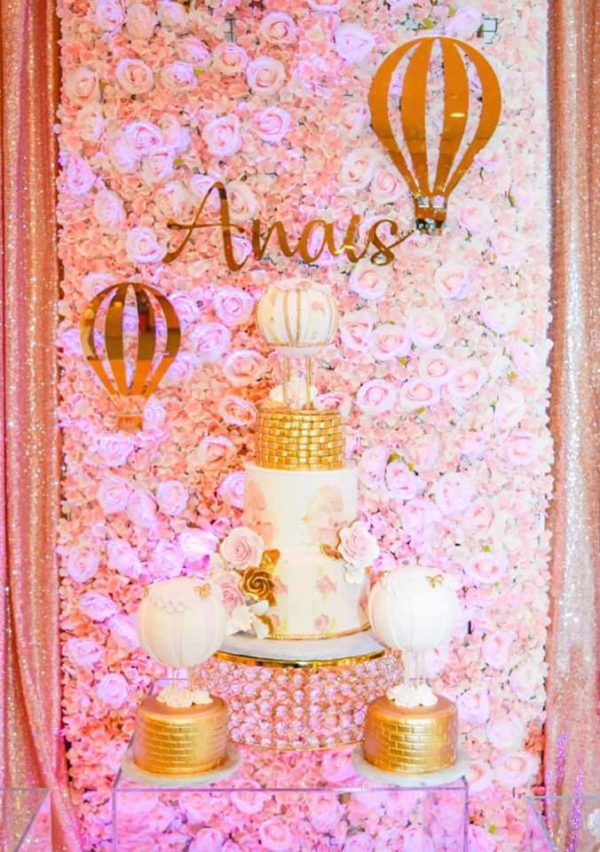 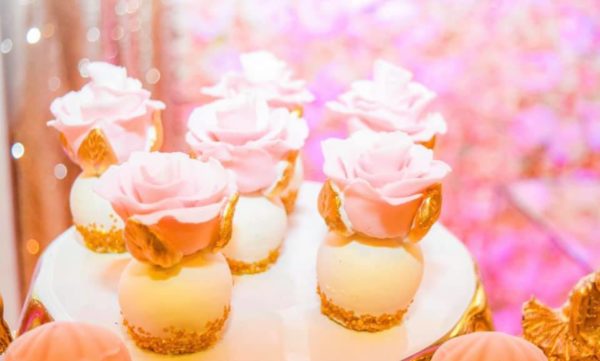 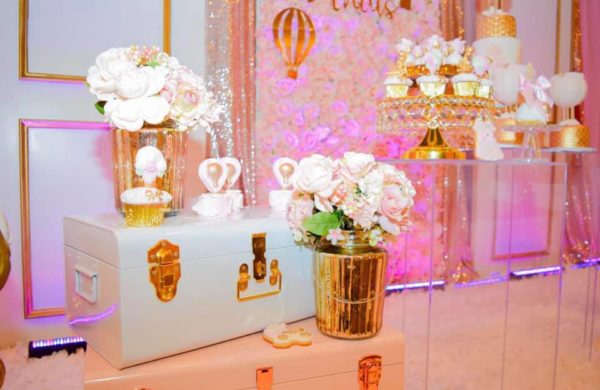 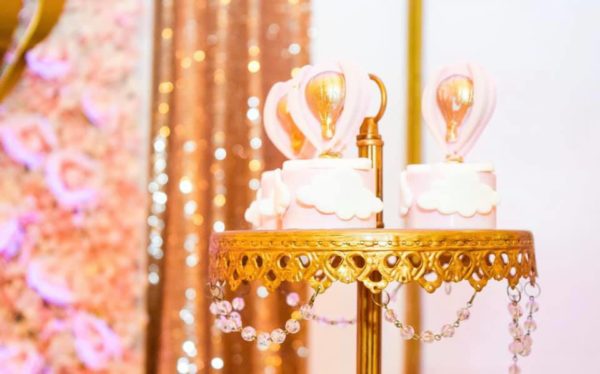 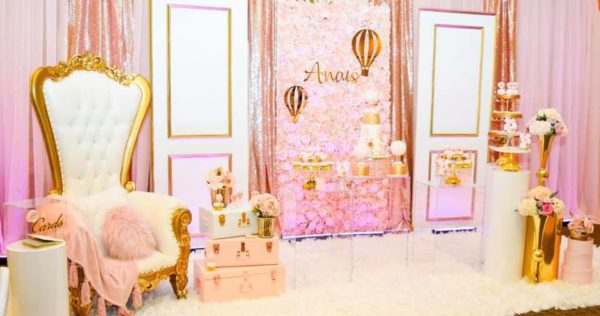 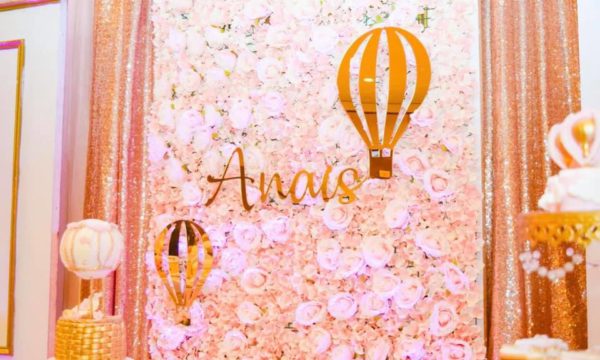 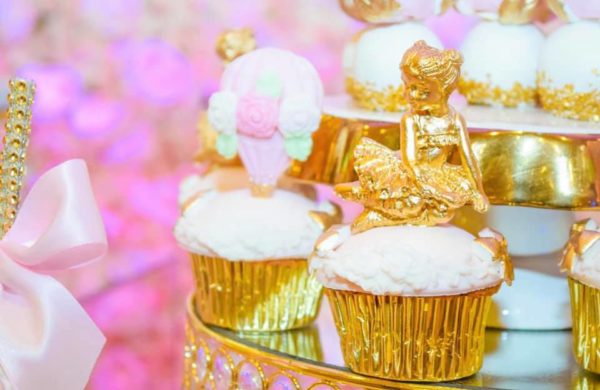 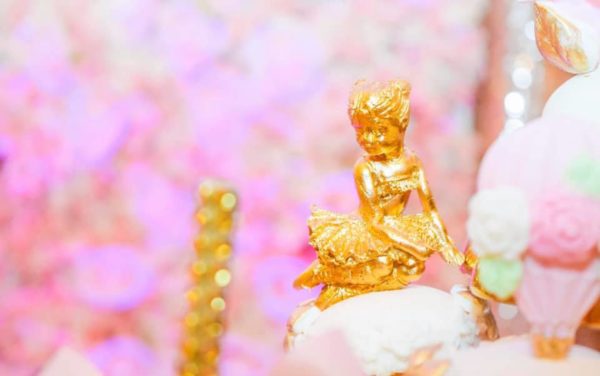 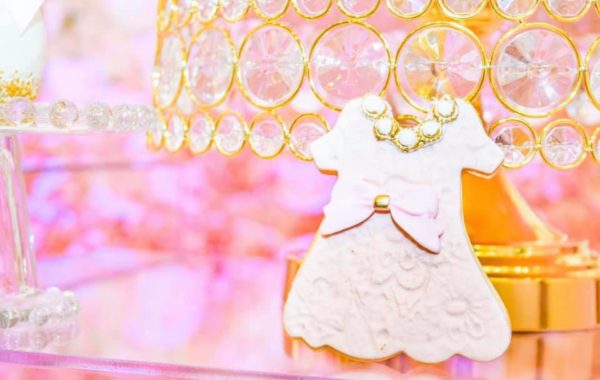 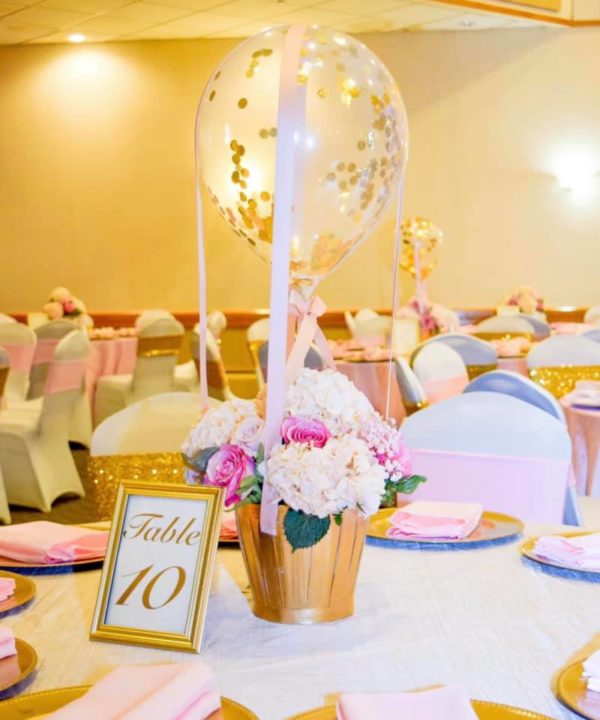