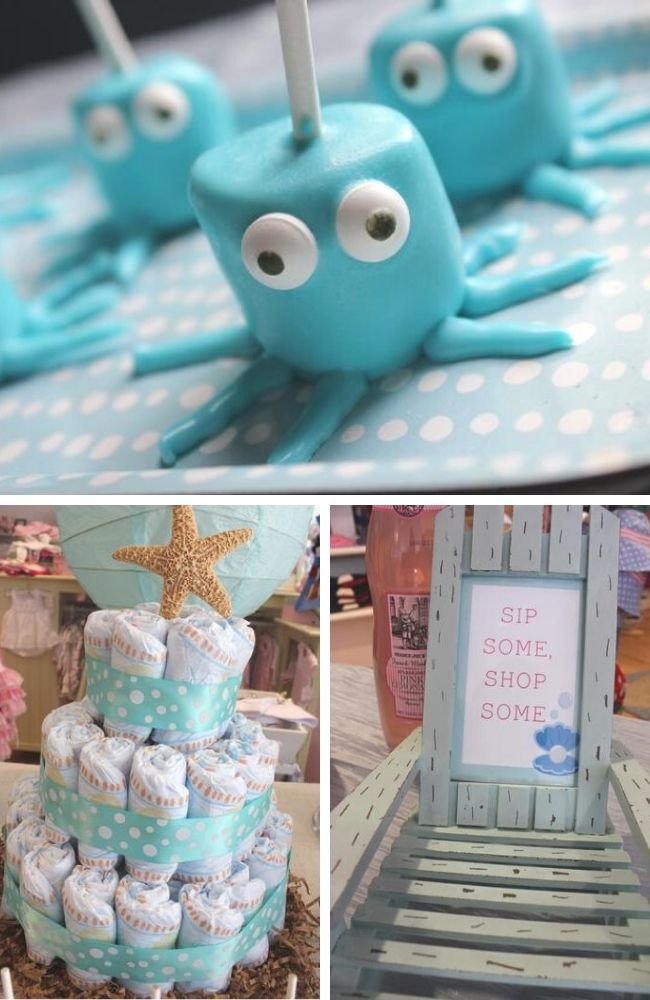 This Sip & Sea Baby Shower was done by Margit Foley of Dot & Dash, and she did an outstanding job on creating an event to remember.  Because the venue they chose was by the seaside, the theme of Sip & Sea was a very appropriate idea.  She started with a front door banner that welcomed the guests which started the theme right off the bat. 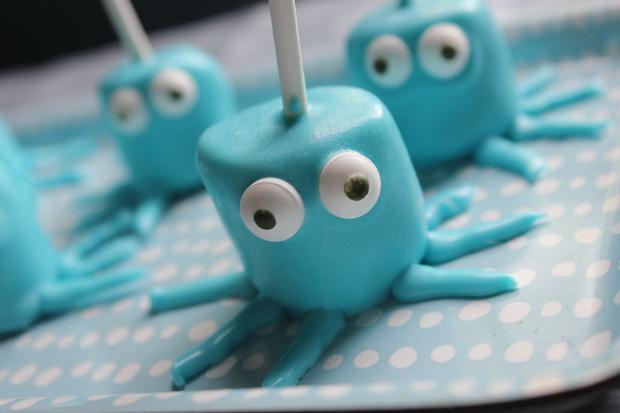 The dessert table was adorable, showing off a three-tiered diaper cake wrapped up in polka-dot blue and white ribbon. The cake was topped with a starfish that matched the diapers very well. As a final touch the cake was set up on top of crinkled, brown, paper strips that gave a nesting look. 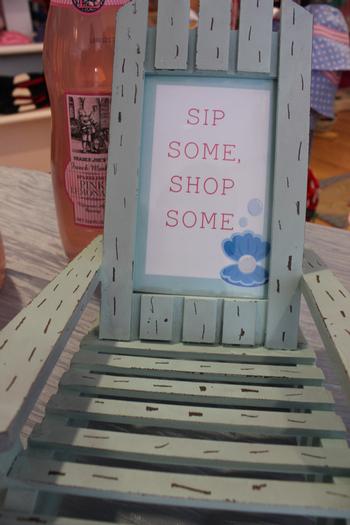 One of the desserts was a little treat called an Octopop, little marshmallows were covered in blue and given little legs and eyes, they were absolutely fantastic.  I especially love the oysters and pearl treats on stick, very unique!

There was a cute vase with a lid set up that had a personalized label named “Fishies” that had fish animal crackers, really emphasizing the seaside theme.  In addition, there was a jar with tiny marshmallows called “White Caps” and a very interesting jar labeled “Salt Water Taffy” that looked quite delicious. 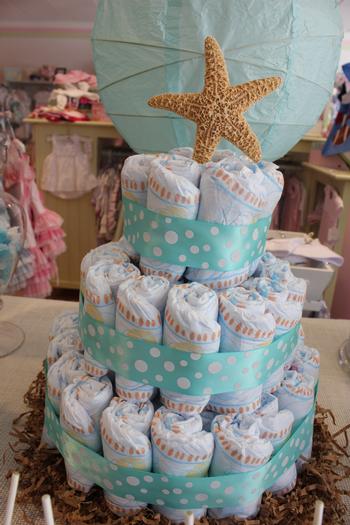 There were colorful balloons set up in metallic pinks and blues that were very cute.  One of my favorite decorations was a mini chair frame that had a sign saying, “Sip Some Shop Some”.  It was a neat green color with an aged décor and really promoted the Sip & Sea theme.

This party was a brilliant display of fun with all beautiful colors and fun sea side treats! 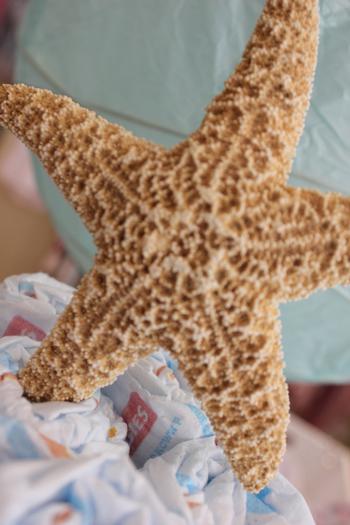 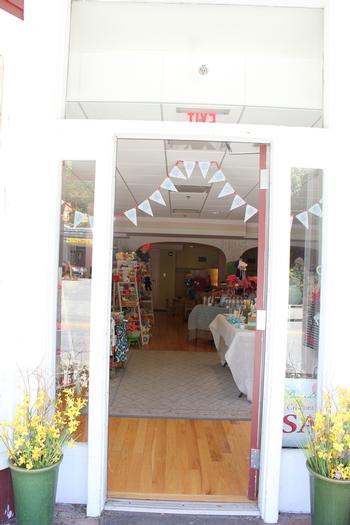 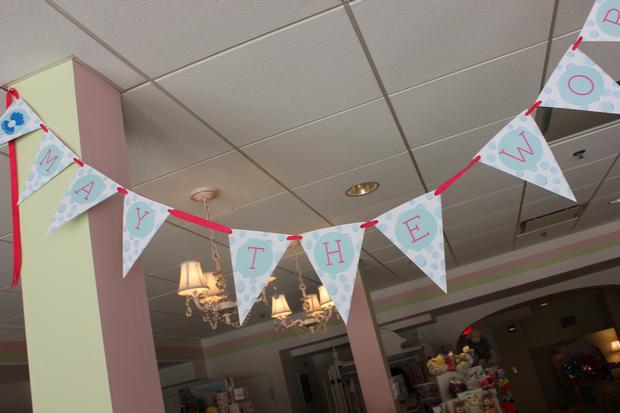 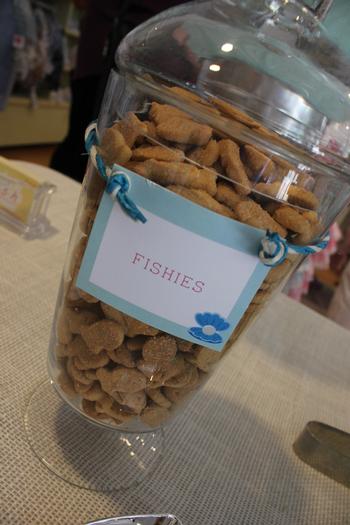 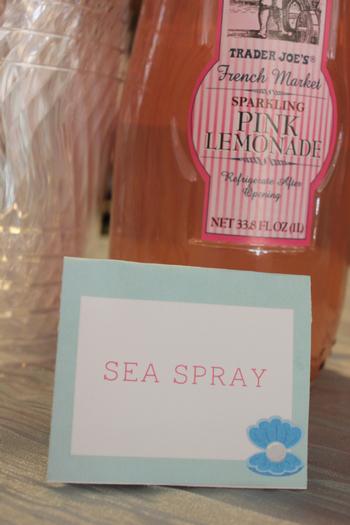 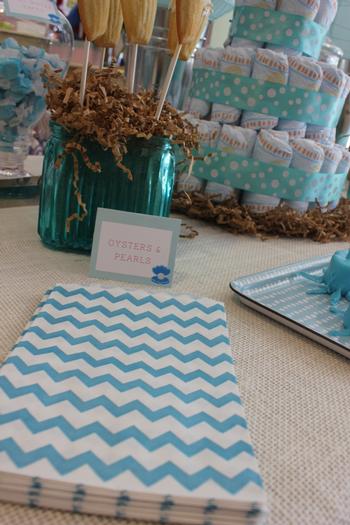 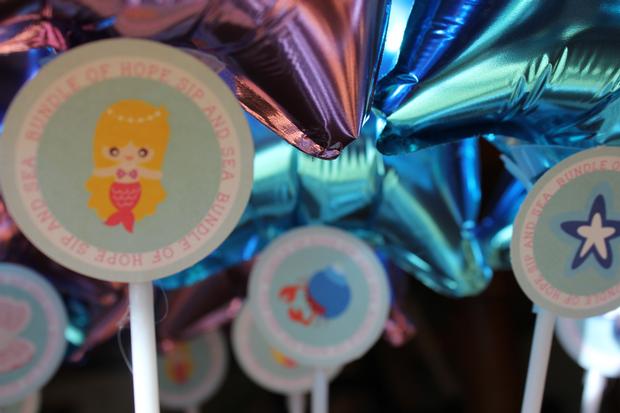 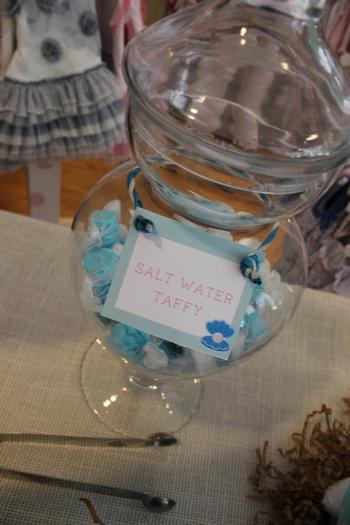 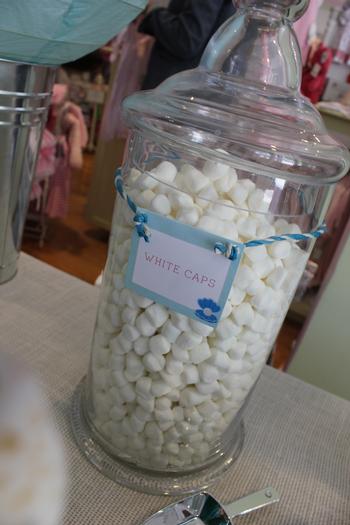 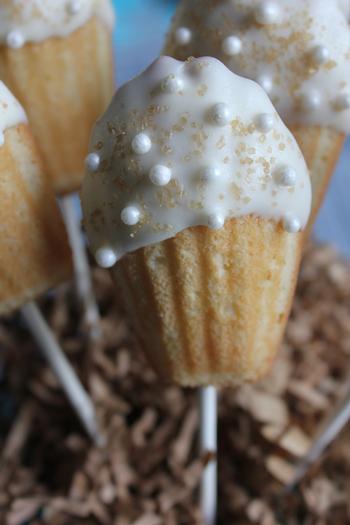