A creation of a most wonderful Vintage Hot Air Balloon Baby shower! The party features mostly pastel pink, with pastel blue sprinkled throughout. The party was done for a little girl named Sky. Her mother wanted to play on a whimsical yet beautiful theme that was inspired by her darlings name.The Hostess did a good job making her wishes come to fruition. 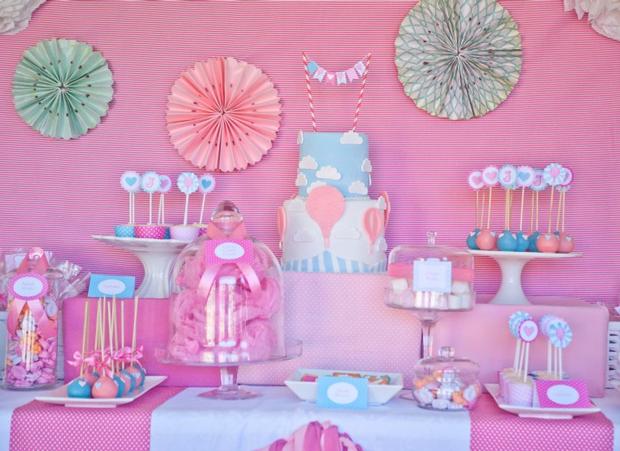 Majority of the decor displayed at the party were handmade and detailed exquisitely. One of the most notable pieces of the party is the pastel pink backdrop displayed behind the treat table. The banner placed on it was reminiscent of the sky, and donned the words It’s A Girl, atop it. Cute white paper pom poms are also featured on the backdrop to act as clouds. The printouts were also very cute. The printouts are featured on the food and elsewhere in the party. Pictures of hearts, and hot air balloons are placed upon the printouts. Among the food it should be noted that some offerings were named after elements of the sky. Note the cute cloud puffs, pink marshmallows.

Another noteworthy piece of the party was the cake. The cake was two tires high. The first tier of the cake is rather interesting. It is mostly covered in white fondant and features cloud shapes about the tier. Alongside the clouds show pink hot air balloons. This is where the interest factor comes in. In an effort to show the movement with the balloons, each balloon is shown at different heights and appears to be lighting up the fondant, exposing the sky behind it. The second tier is covered in light blue fondant, and covered with miniature clouds. The topper of the cake is a simple banner. This party is simply adorable, and well fitting for any little girl baby shower. 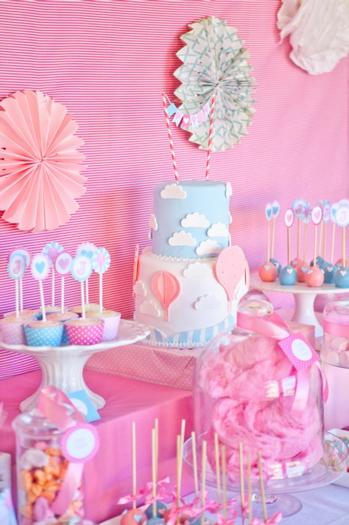 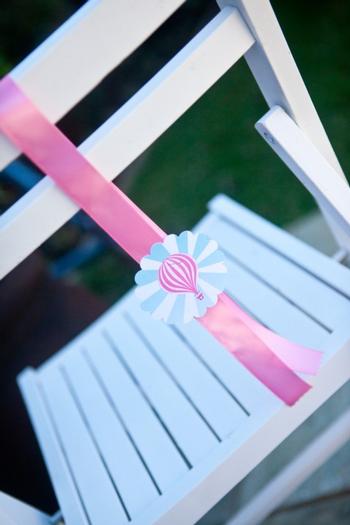 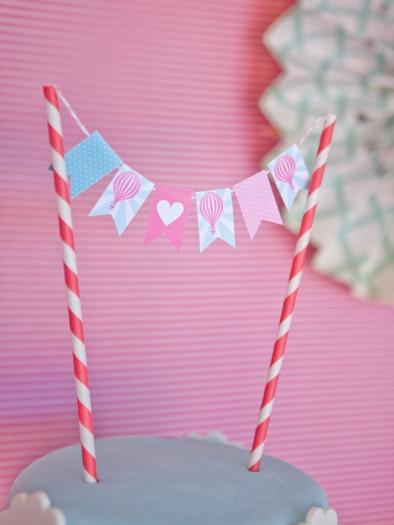 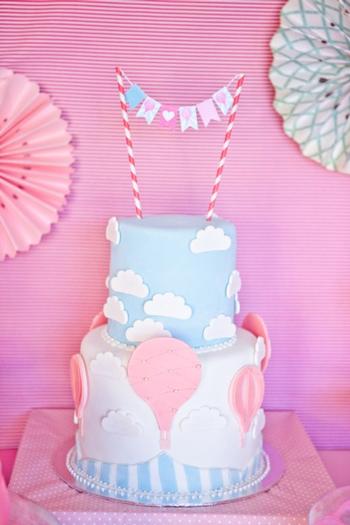 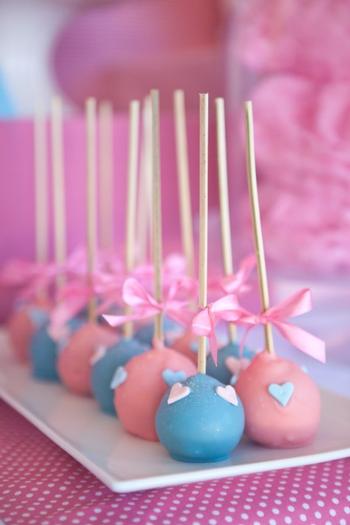 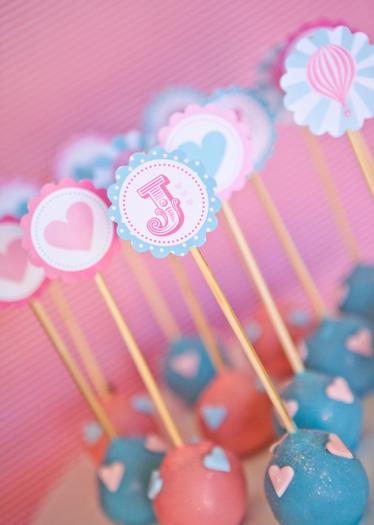 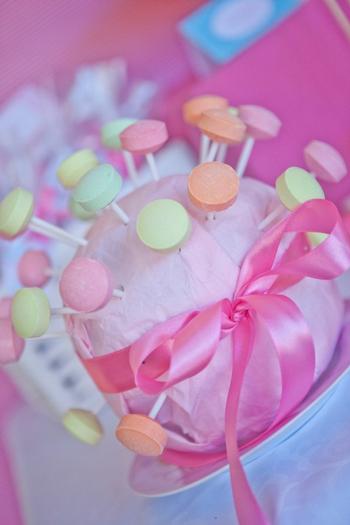 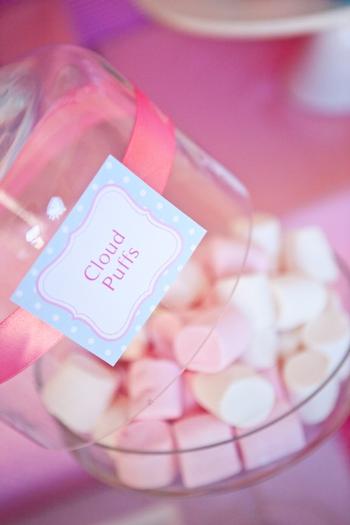 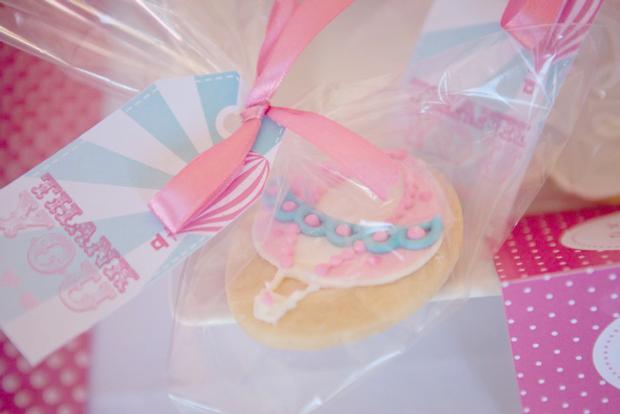 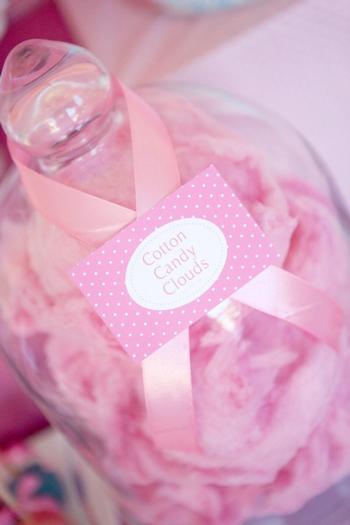 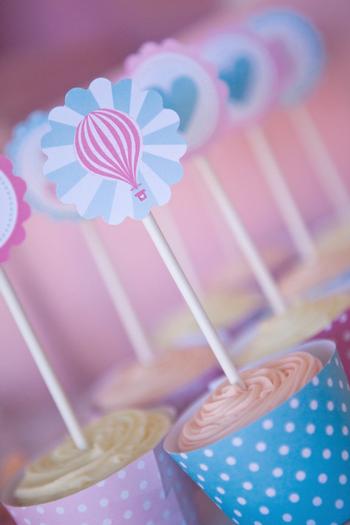 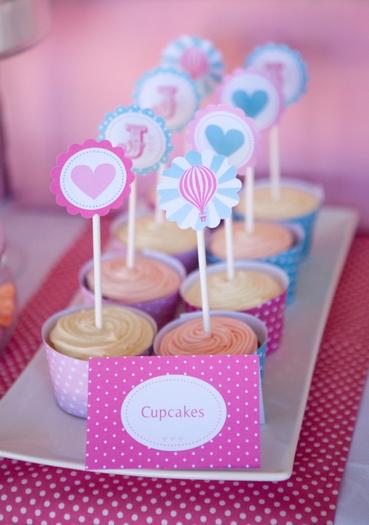 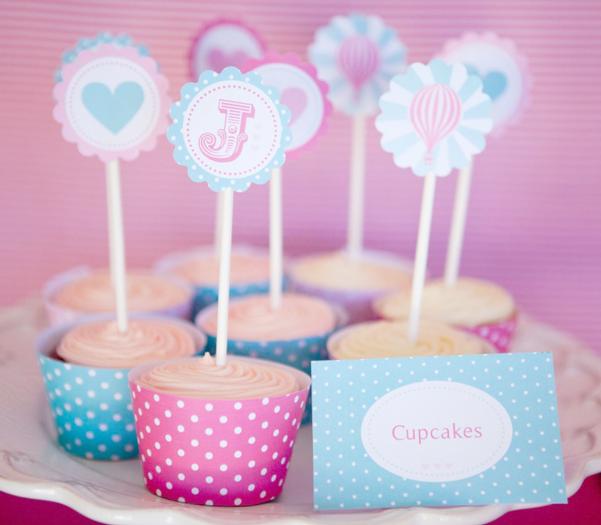 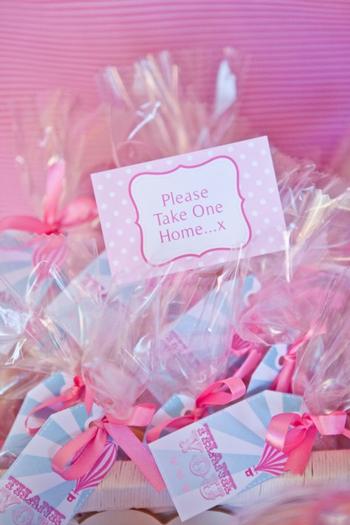 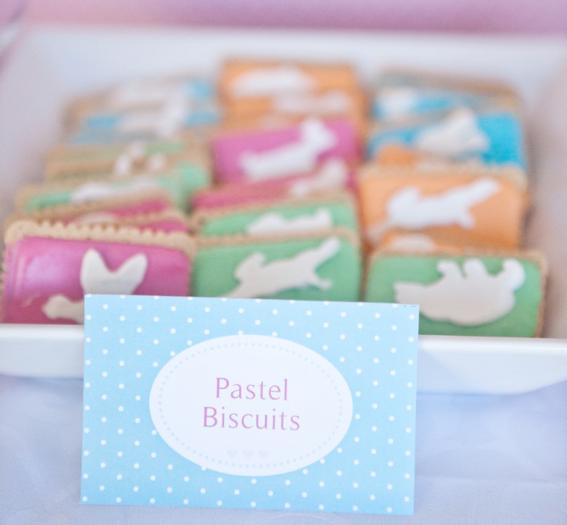 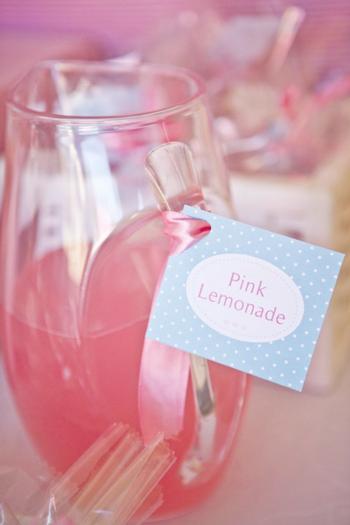 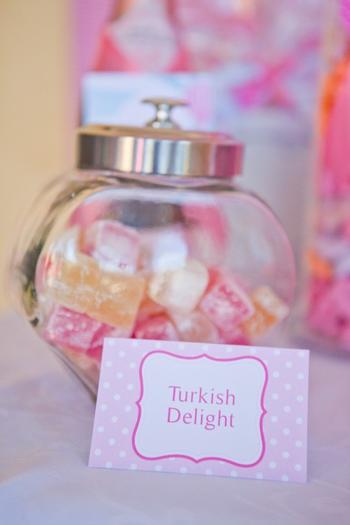 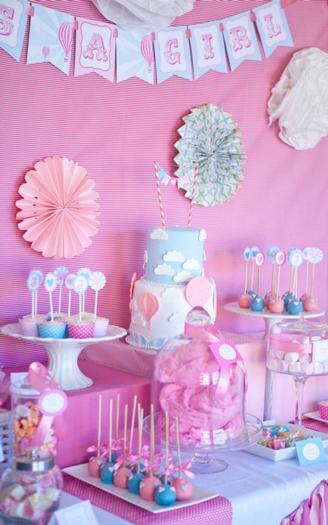